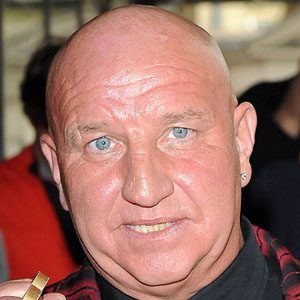 This famous ex-gangster penned several books about his life of crime and also appeared in gangster films and documentaries. His publications include Dodgy Dave's Little Black Book, Heroes & Villains, and Stop the Ride I Want to Get Off.

Before leaving the underworld to transform his criminal exploits into lucrative writing and acting careers, he was incarcerated at London's high-security Belmarsh Prison.

The California-based punk band Rancid dedicated a 2003 song to Courtney.

He grew up in London, England's Bermondsey district. In 2004, he was cleared of charges of domestic abuse against his wife.

Dave Courtney Is A Member Of