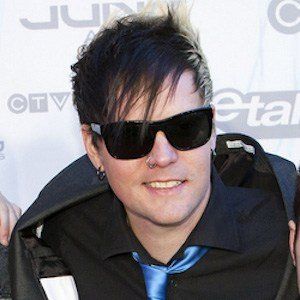 Lead singer, guitarist, and founder of the band Faber Drive. They signed with Chad Kroeger's 604 Records and released their debut album, Seven Second Surgery, in 2007.

Faber started by recruiting Ray Bull to be the band's original drummer. Faber's brother then put him in touch with guitarist David Hinsley and the band ultimately found bassist Krikit at a church performance.

In 2005, they won the Fox Seeds competition, a Canadian radio competition whose other notable winners include Nickelback and Theory of a Deadman.

Faber was one of seven children growing up in Canada.

In 2009, Hinsley was replaced by Justin Pritchett, the son of country star Aaron Pritchett.

Dave Faber Is A Member Of