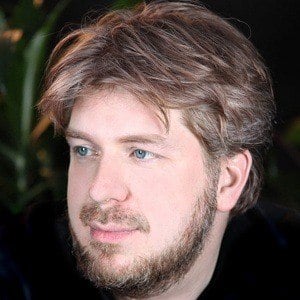 Composer who was nominated for three Tony's in 2017 for his musical Natasha, Pierre & The Great Comet of 1812. He was composer, lyricist, orchestrator, music director, and performer in the original run of the show.

He began working in theater in 2000 in San Francisco before working as a composer at Banana Bag & Bodice in 2002.

He made his Broadway debut in May 2017 temporarily replacing Josh Groban in Natasha, Pierre & The Great Comet of 1812.

He and Steven Reineke are both composers from Ohio.

Dave Malloy Is A Member Of