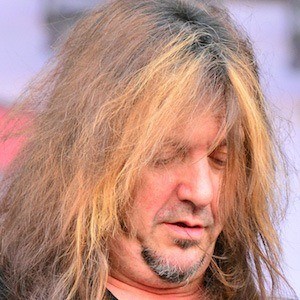 Guitarist best known for his work with the 1980s and '90s rock band Skid Row, known for such songs as "I Remember You" and "18 and Life."

He started playing on his brother's guitar at 14, after his brother lost interest in the instrument. He began playing with Bon Jovi in 1983.

His mother Dorothy is also known as "Mama Snake," a tribute to Dave's nickname "The Snake."

He met bassist Rachel Bolan while working in a music store.

Dave Sabo Is A Member Of