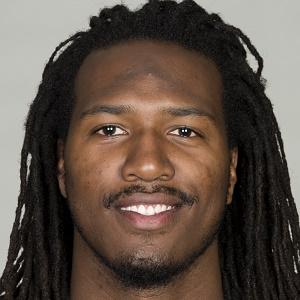 Seventh round pick of the Oakland Raiders in 2013 who played for the Bears his rookie season after being claimed off the waiver wire. He recorded 20 tackles, a sack and an interception as a backup in 2013.

He was recognized as the best defensive lineman in Missouri as the Fab-25 Demetrius Johnson Award winner his senior year at University City High School.

He has a brother named Darrion.

His first career interception came from a Joe Flacco pass, which he returned 24 yards for a touchdown.

David Bass Is A Member Of