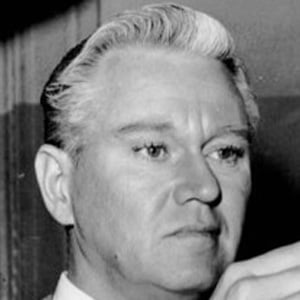 American cinema and television actor best known for his roles in Flamingo Road and other Warner Brothers films. His credits include Mission: Impossible, The Rare Breed, and The Seven Minutes.

He played guest star roles in such 1950s and '60s television serials as I Dream of Jeannie and Rawhide.

He divorced Bonita Fiedler and was re-married to Lorna Gray, who remained his wife until his 1993 death from cancer and heart disease.

He acted alongside John Wayne in the 1954 film The High and the Mighty.

David Brian Is A Member Of