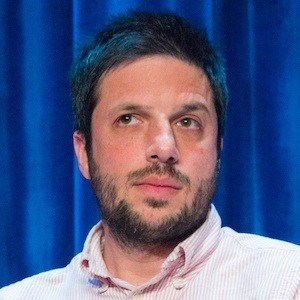 He obtained his MFA from the School of Visual Arts in New York CIty.

After college, he began a brief career as a painter.

He married Happy Endings actress Casey Wilson in May 2014. They are parents to sons, Max Red and Henry Caspe.

David Caspe Is A Member Of