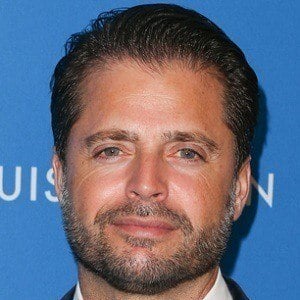 French actor who played roles on the television series, Baywatch and Melrose Place.

He was able to gain a green card through the Morrison visa lottery in the early 1990s.

He uses his mother's maiden name as his professional name.

He welcomed two children with his finacee Brooke Burke. The couple married in 2011, and he became a stepfather to her two children from a previous marriage.

Kristin Cavallari is his costar in Green Flash.

David Charvet Is A Member Of