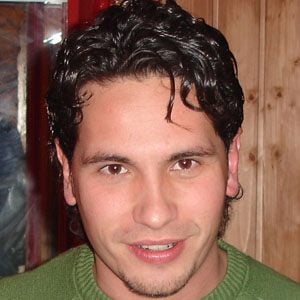 Spanish singer and songwriter who released his first album when he was nineteen years old.

He joined the band Kelliam 71 when he was fourteen years old.

Many of his albums have made it onto international music charts, including his self-titled album.

He was born in Jerez de la Frontera.

DeMaría and Andres Segovia are both Spanish guitarists.

David DeMaría Is A Member Of