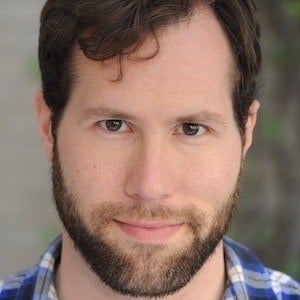 Actor and comedian known for his appearances on MTV2's Joking Off and MTV's Guy Code. He has performed as an improv artist at Upright Citizens Brigade with the sketch team One Idiot.

He earned a Bachelor of Fine Arts in 2009 from SUNY Fredonia.

He was a correspondent on Not Exactly News.

Born in New York, he stayed in New York to develop his career in comedy.

He was featured in an episode of the Netflix original series Master of None, created by and starring Aziz Ansari.

David Ebert Is A Member Of

Can You Keep a Secret?
Guy Code
Not Exactly News
33 Year Olds