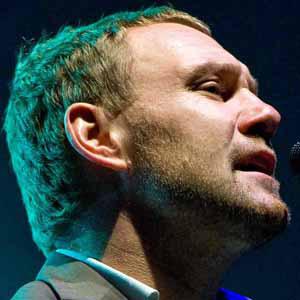 He released his first album in 1993 after graduating from the University of Liverpool.

He was a two-time Brit Award nominee for Best British Male Artist.

He married his wife, Olivia, in 1993. The couple has two daughters, Ivy and Florence.

He performed the song "Full Steam" with Annie Lennox .

David Gray Is A Member Of