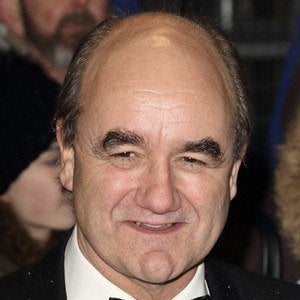 Olivier Award-winning English actor and writer who played a role in Two Weeks Notice. In 2013, he starred as the titular character in the Theatre Royal production of King Lear.

He got his start in the film industry by appearing in 1994's Four Weddings and a Funeral.

For his services to the dramatic arts, he was appointed a Member of the Order of the British Empire.

He has had five children, and married Jane Galloway.

He appeared in the comedy film Two Weeks Notice opposite Hugh Grant.