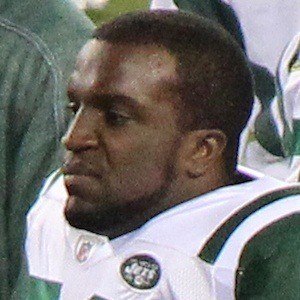 NFL linebacker nicknamed The Hitman. He was drafted by the New York Jets in 2007 and was named an All-Pro in 2009.

He was an All-Big Ten selection in his senior year at the University of Michigan.

He made an important playoff interception in 2011 that led the Jets to the AFC Championship Game.

He and his wife, Jiali, had their first child in December 2011.

He replaced Jonathan Vilma as the starting linebacker for the New York Jets in 2008.

David Harris Is A Member Of