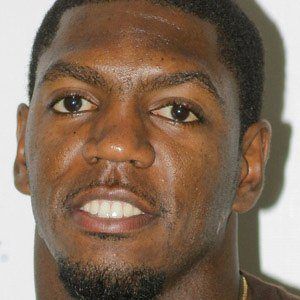 Former New Orleans Saints linebacker who famously fought the NFL over a suspension for his role in the New Orleans bounty scandal in 2012. He was drafted 12th overall by the New York Jets in 2004.

He led the Miami Hurricanes in tackles during three different seasons at the University of Miami.

He was on the Saints team that beat Peyton Manning and the Indianapolis Colts in the 2010 Super Bowl.

His parents, Fritz Vilma and Nelly Banatte, were born in Haiti.

He anchored the Saints defense, while Drew Brees headed the team's offense.

Jonathan Vilma Is A Member Of