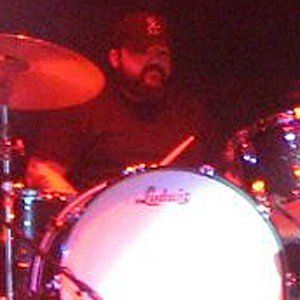 Musician who rose to fame playing the drums for the punk rock band Social Distortion. He also played the drums for a number of other outfits including The Bronx, Suicidal Tendencies, and Bullet Treatment.

One of the first bands that he performed with was The Drips.

He has recorded and toured with both Chuck Ragan and Dave Hause.

He is the son of Los Lobos guitarist David Hidalgo.

Both he and Mike Ness performed with Social Distortion.

David Hidalgo Jr. Is A Member Of