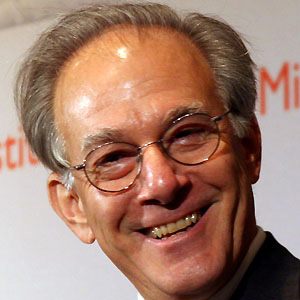 An American fiction writer and journalist, he is best known for his 2007 novel, Body of Lies, which tells the story of a CIA officer battling terrorism. His other works include The Sun King (2000) and Bloodmoney (2011).

He graduated from Harvard University and spent ten years as a reporter for The Wall Street Journal.

While living in Paris, he worked as executive editor of the International Herald Tribune.

He married Dr. Eve Thornberg, with whom he raised three children.

His novel, Body of Lies, was made into a film starring Leonardo Dicaprio.

David Ignatius Is A Member Of