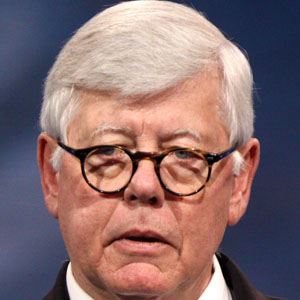 Politician who became the President of the National Rifle Association in 2011. He previously served as t the chairman of the American Conservative Union from 1984 to 2011.

He was given the Congress on Racial Equality's prestigious Martin Luther King Jr. Award in 2004.

He married his third wife, Donna Wiesner, in 2004.

He was the national political director for George Bush 's 1980 presidential campaign.

David Keene Is A Member Of