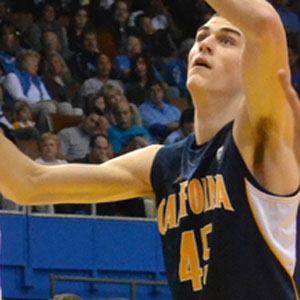 Basketball player who joined the University of California Golden Bears after making three straight All-District and All-State teams at Lee's Summit North High School. He was a Pac-12 All-Defensive Team honorable mention selection during his sophomore and junior years at Cal.

He graduated from Lee's Summit North with a 4.1 GPA.

He broke a Golden Bears single-season record with 63 blocks during his sophomore season.

He and NBA shooting guard Allen Crabbe were teammates at Cal.

David Kravish Is A Member Of