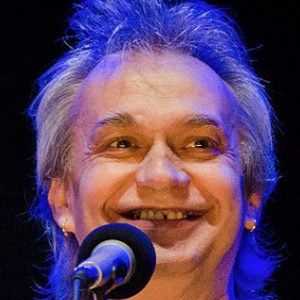 He was influenced by Beatlemania when he was a child.

He was ranked #3 on Rolling Stone's list of the 100 Best Argentine Rock Guitar Players.

He was married to Liliana Lagardé from 1973-79. His children's names are Tayda, Panchi, Nayla and Niklas.

He has collaborated with musicians Charly Garcia and Luis Alberto Spinetta.

David Lebón Is A Member Of