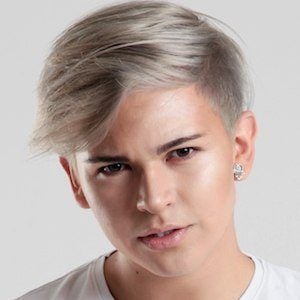 Social media phenomenon on numerous networks who is most well known for his YouTube video content. He has more than 800,000 subscribers on YouTube as well as more than 650,000 followers on Instagram and over 1.3 million fans on TikTok. In October 2020, he joined the social collective Team Tok Chile.

He published a first photo to Instagram in August of 2012, and was on Twitter in January of 2013 before launching his YouTube channel with the username losdiaslazorra in May of 2013. He uploaded his first YouTube video in September later that year.

He created a secondary vlog channel on YouTube in December of 2015 which he called David Montoya Arnechino. He was photographed at an Adidas event with Maluma and at another event with Halsey in 2019.

He is from Chile. He has a younger brother named Simón.

David Montoya Is A Member Of