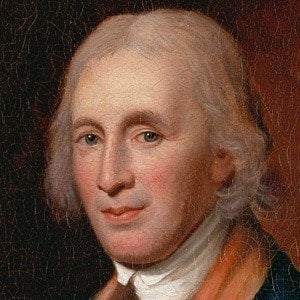 Astronomer who focused on the planet Venus and taught astronomy at the University of Pennsylvania. He was also the first American to sight Uranus, which he did in 1784.

He formed a scientific instrument shop when he was 19 years old.

He was mentioned in the book "Notes on the State of Virginia" written by Thomas Jefferson.

David Rittenhouse Is A Member Of