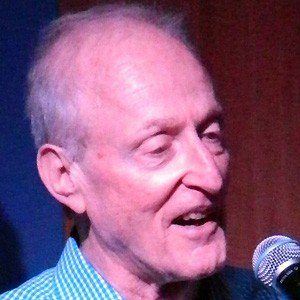 Wrote "Manhattan Skyline" and other portions of the "Saturday Night Fever" soundtrack. In 1985, he composed a musical score for Return to Oz, which was a sequel of The Wizard of Oz.

He met his future musical partner Richard Maltby while the two were at Yale.

He wrote the score to the popular 1974 film 'The Taking of Pelham One Two Three,' starring Walter Matthau and Robert Shaw.

He was formerly married to the actress Talia Shire, with whom he fathered screenwriter Matthew Shire. He then married Didi Conn in 1982, with whom he had a son named Daniel.

David Shire Is A Member Of