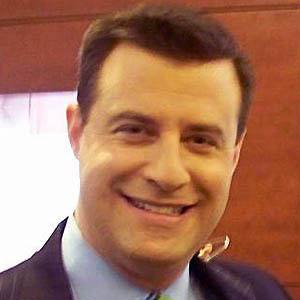 He graduated from the University of Michigan and later studied at Georgetown University.

He was at the center of many controversies and was suspended from MSNBC in 2010 for secretly auditioning for a show on CNN.

He married Kera Rennert in 2013. His first marriage, to fellow television journalist Julianna Goldman, lasted from 2007 to 2011.

On several occasions, he guest-hosted Countdown with Keith Olbermann.

David Shuster Is A Member Of