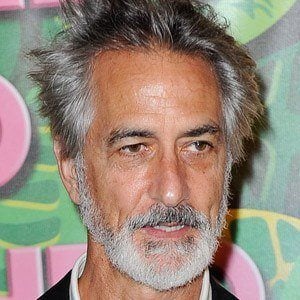 Academy Award-nominated actor who portrayed journalist Edward R. Murrow in Good Night, and Good Luck. He also played Secretary of State William Henry Seward in Lincoln, and CIA's Deputy Director Noah Vosen in two of the Bourne films. His other film roles include Godzilla, LA Confidential, and A League of Their Own.

On a lark he enrolled at the Ringling Brothers Clown College and worked for six months as a traveling circus clown.

He narrated Barack Obama's biographical video, which played at the 2008 Democratic National Convention.