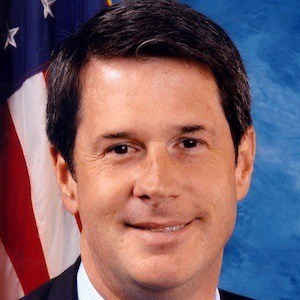 Republican politician who became the junior United States Senator from Louisiana in 2005 after serving in the US House of Representatives for 6 years.

He received a B.A. from Oxford University as a Rhodes Scholar in 1985, and then became an adjunct law professor at Tulane and Loyola University, New Orleans.

He has blocked numerous pieces of legislation that would grant a pathway to citizenship for illegal immigrants.

He had three daughters and a son with his wife Wendy, who was a homer prosecutor.

He was one of only two Senators to vote against Hillary Clinton's confirmation for the post of Secretary of State in 2009.

David Vitter Is A Member Of