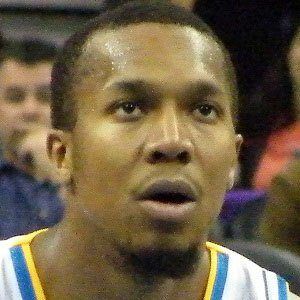 NBA forward who played his first eight seasons with the New Orleans Hornets before signing with the Indiana Pacers in 2011. He spent four years with the Pacers, then went on to play for the San Antonio Spurs and Golden State Warriors. He won NBA Championships with the Warriors in 2017 and 2018.

He was named the AP National Player of the year in 2003, his senior year at Xavier.

He had a daughter named Dasia and a son named David Benjamin with his wife Lesley.

David West Is A Member Of