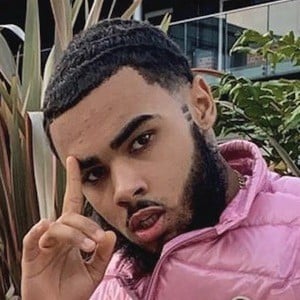 Social media star who has risen to fame for his davidbunmii Instagram account. His comedy sketches often alongside photos depicting him modeling tracksuits have helped him amass popularity.

He is of Polish and Nigerian descent. He hails from England.

He and Vee Brown are both famous Instagram stars from England known for comedy.

DavidBunmii Is A Member Of