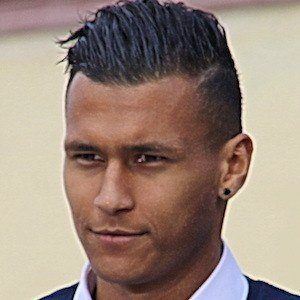 Professional soccer striker who is best known for his time with the German club RB Leipzig. He has played with the Bundesliga-affiliated squad since August 2015.

Between 2009 and 2012, he continued his youth career with the German club TSG 1899 Hoffenheim. Following his tenure here, he signed with the SV Werder Bremen II reserve club at the outset of the 2013-2014 season.

He was born and raised in Schorndorf, Germany.

He has played against Mario Gotze, a member of the Bayern Munich Football Club, in Bundesliga matches.

Davie Selke Is A Member Of