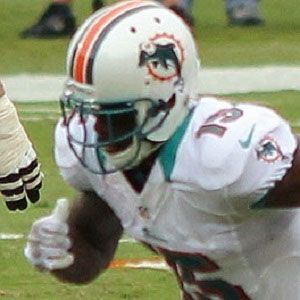 NFL wide receiver who was placed on the Miami Dolphins' active roster in 2008, even though he wasn't in the draft.

He had a stand-out career at the University of Hawaii, where he was named to the All-WAC team three times.

He recorded the second-most receptions by an undrafted rookie NFL receiver in history with 54.

He and his brother had a rough home life growing up; he became the first person in his family to attend college.

He was teammates with running back Reggie Bush while Bush was with the Miami Dolphins.

Davone Bess Is A Member Of