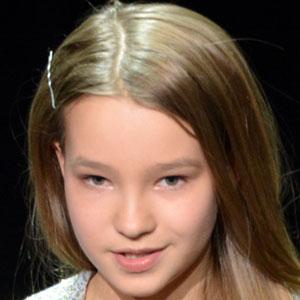 Russian singer best known for her performances at music events like Slavianski Bazaar and the Eurovision Song Contest.

She began studying singing under the tutelage of Eleanora Kalashnikova at age four.

She represented Russia at the 2013 Junior Eurovision contest, performing the song "Mechtay."

Her parents expected a boy and had prepared the name Danil for her.

She and fellow child singer Ukrainian Anastasiya Petryk have both competed in the Junior Eurovision Song Contest.

Dayana Kirillova Is A Member Of