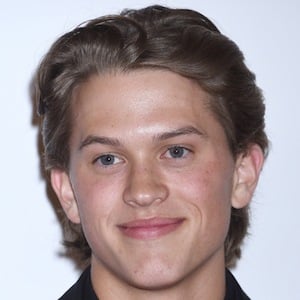 Electronic music producer who released his debut song "Long Road" in the summer of 2020. He is also well known as the son of Hollywood actors Ryan Phillippe and Reese Witherspoon.

His parents began dating on his mother's 21st birthday in 1997 and they married two years later.

His second single, "Love for the Summer," was a collaboration with Loren Gray. His Instagram account has amassed over 370,000 followers.

He has one older sister, Ava Elizabeth, and two younger half siblings, Tennessee James Toth and Kai Knapp.

He was named after baseball legend and ancestor Deacon Phillippe.

Deacon Phillippe Is A Member Of