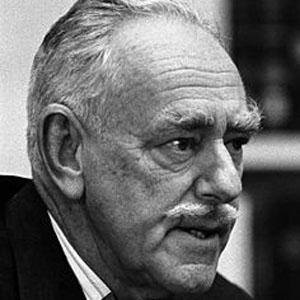 One of the key contributors to American Cold War policy, who advised four successive presidents on dealing with the spread of communism. He was appointed by Harry S. Truman as his Secretary of State in 1949 and he was central to the formation of the Truman Doctrine and the European Recover Program.

He was instrumental to the formation of NATO to counter potential Soviet military aggression in Europe, but his reputation suffered after the McCarthy hearings and the Korean War.

He was born in Middletown, Connecticut; his father Edward Campion Acheson was a Church of England priest.

He refused to fire his subordinates accused of communist sympathies, and famously said he would not "turn his back" on the accused spy Alger Hiss.

Dean Acheson Is A Member Of