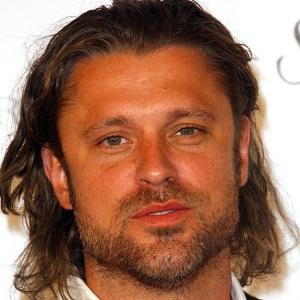 He and his Collective Soul bandmates rose to fame with the 1993 hit "Shine," which, after being played on several university radio stations, attracted the attention of Atlantic Records producers.

With the Atlanta-based rock band Magnets & Ghosts, he recorded a 2011 album titled Mass.

His older brother, Ed Roland, was Collective Soul's frontman and principal songwriter. The siblings grew up in Stockbridge, Georgia, as the children of a Southern Baptist pastor.

He and Ross Childress both played guitar for Collective Soul.

Dean Roland Is A Member Of