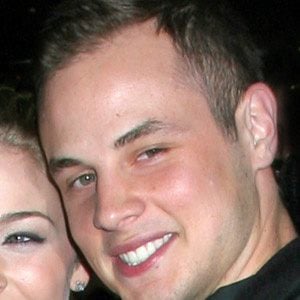 Not Another Teen Movie actor who gained fame for marrying LeAnn Rymes.

He had an interest in cooking that would later lead him to become a chef.

His film credits include 2001's Not Another Teen Movie and 2004's Thank Heaven.

He married his second wife, photographer Sarah Silver, in 2011.

Dean Sheremet Is A Member Of