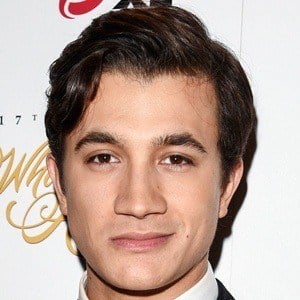 He began taking dance classes after his younger sister began taking them. He went later go on to study at Mountview Academy of Theatre Arts.

In 2008, he became a semi-finalist on Britain's Got Talent. He has also posted song covers of popular artists on his self-titled YouTube channel.

He starred opposite Doctor Who's Catherine Tate in Miss Atomic Bomb.

Dean John WIlson Is A Member Of