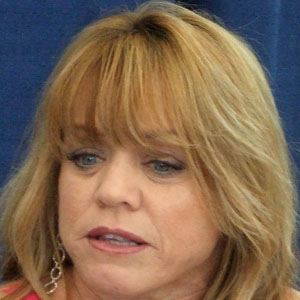 Famous for both her stunt work and her dwarfism, this American entertainer appeared in television shows such as Baywatch, Seinfeld, and Boston Legal and in films such as Batman Returns and The Polar Express.

Early in her career, she acted in the 1981 movie Under the Rainbow and in the 1983 film Star Wars: Return of the Jedi.

She played the role of Valerie Vomit in The Garbage Pail Kids Movie of 1987.

She was born in San Jose, California, to a teacher mother and an insurance manager father.

She was Jennifer Tilly's stunt double in the 1998 horror movie Bride of Chucky.

Debbie Lee Carrington Is A Member Of