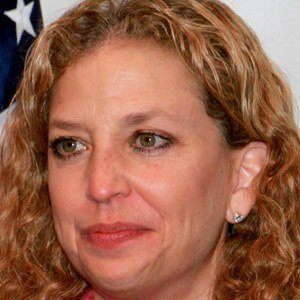 Democrat who has represented Florida's 20th and 23rd districts in the US House of Representatives. She's served under the Committee on Appropriations and was the Chief Deputy Whip.

She received a Bachelor of Arts in 1988 and a Master of Arts from the University of Florida in Gainesville before becoming a Member of the Florida House of Representatives from the 97th district.

She is the first Jewish female congressperson from the state of Florida and she played a major role in declaring May Jewish American Heritage Month.

She has three children with her husband Steve.

She succeeded Donna Brazile as the Chair do the Democratic National Committee.

Debbie Wasserman Schultz Is A Member Of