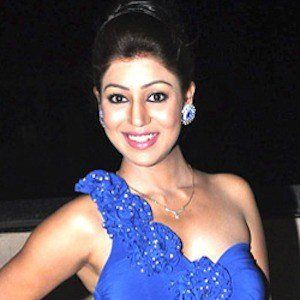 Indian television actress known for playing Sita in the 2008 series Ramayan, where she played opposite Gurmeet Choudhary as her love interest Sri Ram. Since 2008 she has been starring in the television show Chidiya Ghar.

Her debut television role was in 2005 in the Tamil TV series Mayavi. She then went on to play Mayuri Narayan on the series Chidiya Ghar. That character was given an onscreen makeover in March 2014 to make her more modern.

She has appeared as herself on various Indian reality television shows.

She was born in Lucknow, India, and married her co-star Gurmeet Choudhary.

She is an Indian television actress like Sanaya Irani.

Debina Bonnerjee Is A Member Of