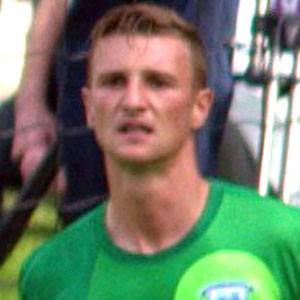 Goalkeeper who made his senior career debut in 2008 for Norwich City; sent on loan to Preston North End in 2013.

He played his youth soccer at Norwich City for nine years, starting when he was just eight years old.

He played at numerous youth levels for England's national team, beginning in 2006 for the U16 team.

He was born in Diss, England.

His Premier League welcoming moment came when Frank Lampard scored a penalty kick on him.

Declan Rudd Is A Member Of