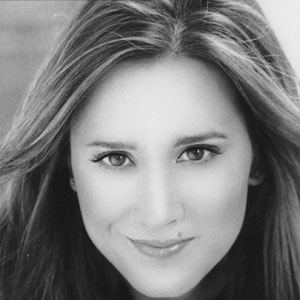 Actress who played Elphaba in more than 1,000 performances of the highly successful stage production of Wicked.

After graduating from DeSales University, she toured with productions of Cats and Pokemon Live.

She said in interviews that, in her youth, she was as hotheaded as her Wicked character, Elphaba.

She was born in Easton, Pennsylvania.

Her Elphaba character was based on the Wicked Witch character played by Margaret Hamilton in the 1939 classic film The Wizard of Oz.

Dee Roscioli Is A Member Of