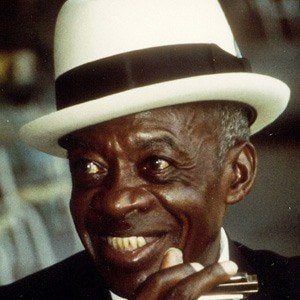 He learned the harmonica at the age of three, developing his unique sound while in bed afflicted with polio.

He joined the Grande Ole Opry when it was still the fledgeling WSM Barn Dance program on an equally fledgeling NBC Radio Network. He was the one to coin the show's new name.

He was born in Smith County, Tennessee, the grandson of slaves.

He and Roy Acuff, another Grande Ole Opry star, toured together.

DeFord Bailey Is A Member Of