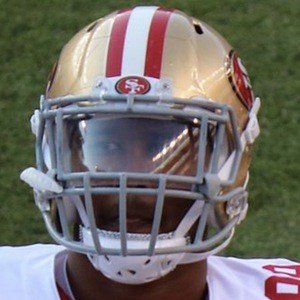 6'7" defensive end who was drafted 7th overall by the San Francisco 49ers in 2016. He played college football at the University of Oregon, helping the Ducks reach the 2014-15 NCAA Championship game.

He was ranked as a four-star recruit out of Punahou School by Rivals.com.

He was born in Waianae, Hawaii.

He was teammates with Heisman Trophy winner Marcus Mariota at Oregon.

DeForest Buckner Is A Member Of