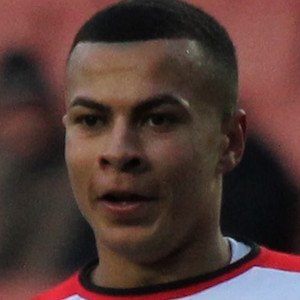 He joined the Milton Keynes Dons youth system when he was just 11 years old, making his debut when he was 16.

At the age of thirteen after his mother could no longer take care of him, he went to live with a couple that raised him from then on. In 2016 he began dating Ruby Mae.

Steven Gerrard was a childhood hero of his.

Dele Alli Is A Member Of