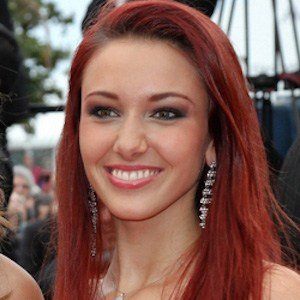 French model and pageant contestant who received the title of Miss France in 2012.

She studied economics in secondary school, and attended the IUT of Colmar to study International Business Management.

Her first beauty pageant title was Miss Alsace in 2011, in Kingersheim, Haut-Rhin.

Her father is an architect and her mother is a laboratory technician; she has an older brother.

The Miss France pageant has been hosted by Jean-Pierre Foucault since 1996.

Delphine Wespiser Is A Member Of