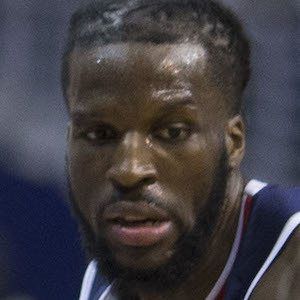 NBA forward who began his career with the Memphis Grizzlies in 2009. He cemented his place in the league as a member of the Atlanta Hawks, then signed with the Toronto Raptors in 2015.

He played 2 years of college basketball at Vanderbilt before transferring to Missouri to finish out his college career.

He was traded to the Houston Rockets along with Hasheem Thabeet on February 24, 2011 in exchange for Shane Battier.

He is the nephew of former Missouri men's basketball coach Mike Anderson. He married Iesha Carroll in 2015.

From 2009 to 2011 he played on the Memphis Grizzlies alongside Zach Randolph.

Demarre Carroll Is A Member Of