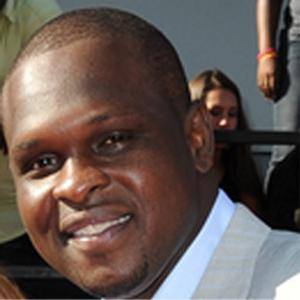 Nicknamed "Z-Bo," he won the NBA's Most Improved Player award with the Portland Trail Blazers in 2004. He was selected to his first NBA All-Star team as a member of the Memphis Grizzlies in 2010. After spending eight seasons in Memphis, he signed with the Sacramento Kings in 2017.

He was teammates with Charlie Bell and Jason Richardson at Michigan State.

In 2011, he helped lead the 8-seeded Grizzlies to an improbable 6-game upset of the top-seeded San Antonio Spurs.

He and Marc Gasol combined to give the Grizzlies one of the most physical and imposing front courts in the NBA.

Zach Randolph Is A Member Of