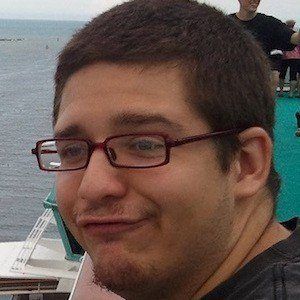 YouTuber who is known for his anime reviews on his DouchebagChocolat channel. He has developed a reputation for failing to meet YouTube's community guidelines, resulting in frequent account suspensions.

He created his YouTube channel on May 30, 2007. Many of his early videos have been deleted over the years.

He has also gained a following on his DEMOLITION_D Twitch channel, where he has amassed more than 90,000 followers. In March 2014, he had his book The Burgeoning of Sinful Grimm published to Amazon.

Born and raised in Minnesota, he later moved to Florida.

He and fellow YouTube Joey Bizinger have both gained widespread renown for their frequent anime reviews.

Demolition D+ Is A Member Of