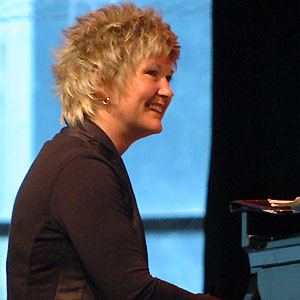 Began as a pianist, but when she started having issues with her right hand, she incorporated vocals into her performances.

Her debut album Introducing Dena DeRose was released in 1995 and was called "an impressive beginning" by one critic.

Her father was a construction worker and her mother was a former Ice Capades ice skater.

She would drive into New York City as a teenager to see jazz musicians like Hank Jones perform.

Dena DeRose Is A Member Of