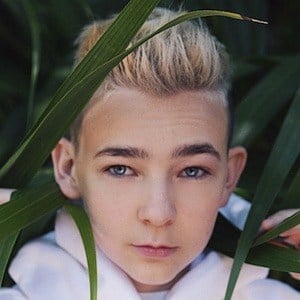 Pop singer who is best recognized for his popular singles "You" and "Radio." He's also a frequent supporting act for the band The Vamps.

He won the Open Mic UK and the FutureMusic's Songwriter of the Year competition in 2017.

While born in the United States, he was raised in London, United Kingdom.

He shared a photo with fellow singers and TIkTok stars Becky Cooke and Tessa Bear to his Instagram in November of 2018.

Denis Coleman Is A Member Of