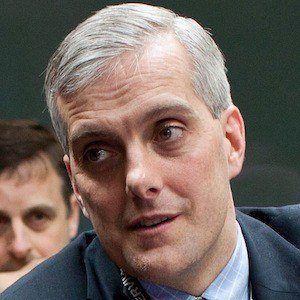 Politician who became the 26th White House Chief of Staff in 2013, the fourth in the Obama administration.

He can be seen in photos of the White House Situation Room, sitting next to Hillary Clinton, that were taken during the monitoring of the SEAL operation in Pakistan that resulted in the death of Osama bin Laden in May 2011.

He was one of eleven children born to William and Kathleen McDonough.

He succeeded Jack Lew as the White House Chief of Staff.

Denis McDonough Is A Member Of